The value of my life is measured in the value that I bring to others. 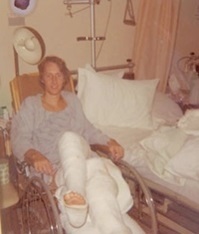 My advocacy is rooted in two separate events which occurred 30 years apart. First, during the evening of August 23, 1975, I was standing between parallel-parked cars, waiting for the traffic to clear, so that I could walk across the street. A driver crashed into the first of the parked cars, pushing them together, and I was caught in between. As a result of the accident, I sustained multiple fractures of the bones in my legs. The first hospital recommended amputation, so I asked to be transferred for a second opinion. Following the accident, both of my legs were in full-leg casts for the first two months, with my right leg in traction for a total of three months. My right leg remained in a full-leg cast for fourteen months, followed by an additional six months in a full-leg brace. Eventually, I traded my wheelchair for a bicycle and, with my right leg still in a full-leg cast, I started rehabbing my left knee by riding my bike. It was at that time, before the Americans with Disabilities Act, while a student at the University of Wisconsin - Milwaukee, that I developed an interest in advocacy and better accessibility for disabled students.

Over a time-span of 43 years, I have had 22 surgeries to include bone-grafts from both hips, my right tibia and right fibula re-built twice, four knee replacements (left knee 3x), right ankle replaced, and the tops of four toes on my right foot amputated. Eventually, with thanks for the support from a dedicated group of surgeons, family and friends, I accomplished my goals of skiing the Wasatch Mountains of Utah and then the French-speaking Alps of France and Switzerland, over semester break during my studies in London. Today, I ride my bicycle for therapy and enjoy walks with my son, Harley. He was born on February 8, 2003. Two years later, in 2005, he was diagnosed with autism, 30 years after my accident. 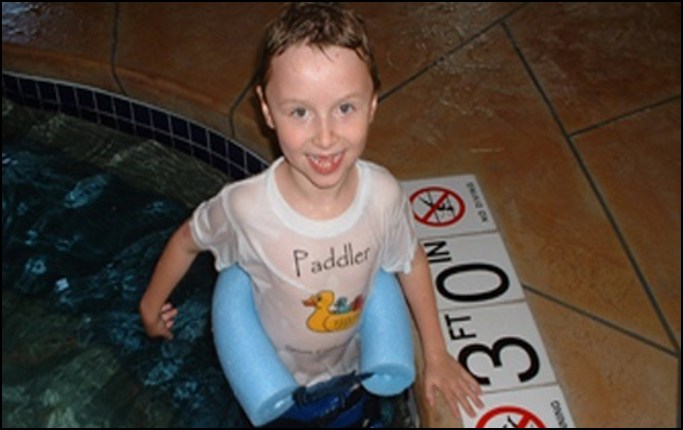 With an understanding for the challenges faced by those with physical disabilities, and then my experience as a parent of a child with autism, I became more deeply committed to advocacy. I am the father of a son diagnosed on the spectrum, a member of the Board of Directors for the Autism Society of America, and a past president of the Autism Society of Greater Wisconsin. Additionally, I am a parent representative on the Governor’s Autism Council and founder of the Community Resource Network. I am actively involved in supporting many non-profit organizations that focus a variety of diagnoses. Additionally, my wife and I invented, patented, trademarked and Licensed a “buoyant assistive device” for the learn-to-swim market, given our son's attraction to water and possible danger of drowning. Paddler* is licensed to Kiefer Aquatics, the internationally recognized innovator of the aquatics industry. Paddler is available through Kiefer Aquatics, Amazon, The Lifeguard Store, and All American Swim.

Facing challenges have become familiar territory. Consequently, Special Needs Planning, LLC is committed to helping families face the challenges of tomorrow by helping them build a financial plan designed to help meet their needs. We believe that overcoming challenges is best accomplished with a team that shares a common goal and knows what steps are suitable and appropriate to find the right solution. Together, we can find solutions for you and your family.

Professionally, I have been featured by the Milwaukee Journal Sentinel (Better Angels: 2 Events, Though 30 Years Apart, Still Go Hand In Hand, June 2018), Financial Advisor magazine (Special Advice For Special Needs Parents, May 2016) the monthly, national, trade publication serving the financial services industry. Further, I have been featured in BizTimes Milwaukee (His Calling - Financial Advisor Helps Families with Special Needs Children, December 2009) and contributed an article for its February 2009 issue (Death Benefits Can Override Social Security Benefits). I was also featured in The Business Journal of Milwaukee (Financial Planning for People with Special Needs, December 2007).

Radio and Television interviews include:

In the meantime, please know that I would welcome your call with any questions or requests at (262) 955-6636 or email at: robertjohnston@financialguide.com.

Links to outside entities are not sponsored or endorsed by MML Investors Services, or its affiliated companies 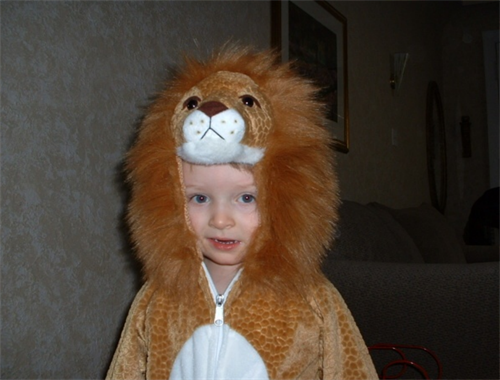 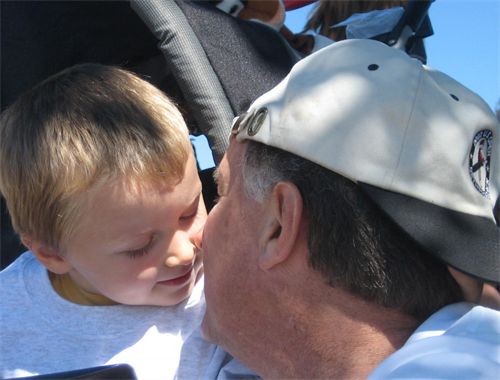 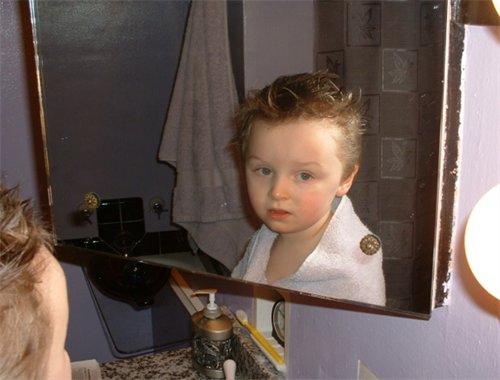